Anna Smith, Screams in the Dark 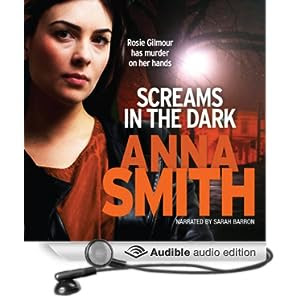 Glasgow is fast becoming the underworld’s capital city, with a growing number of writers setting their stories in this apparent cesspit of crime.

With good reason. Always having had a reputation for hard men, Glasgow is a place where working-class toughness and the deprivation that results in amoral criminality are triumphing over the refinement and civilisation that are, arguably, more the province of Glasgow’s close neighbour and rival Edinburgh. And with immigration slowly integrating equally hard men from, in large part, former authoritarian Eastern Europe, Glasgow is not a particularly nice place to be if you want to stay on the right side of the law but come up against the city’s stinking underbelly.

But Glasgow is a great place to be a crime reporter, especially a woman crime reporter. There is just so much crime to choose from – most of it shocking and venal and dangerous. Anna Smith’s Rosie Gilmour is a great creation, and in this, Rosie’s third outing, Smith has produced a terrific and all too believable narrative. This time Rosie’s dogged pursuit of Bosnian people smugglers and body part merchants is a tense, dramatic and satisfying listen.

If you haven’t met Rosie Gilmour before, don’t hesitate to download Screams in the Dark – a tale that will keep you guessing from start to close.