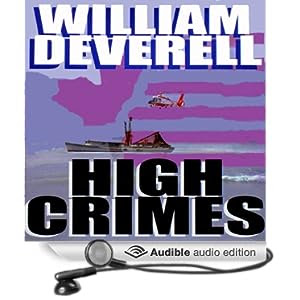 There are high stakes in this clever and fast-paced ‘crackpot’ crime caper. Three hundred million dollars worth of Colombian sensemilla – very potent marijuana derived from the female part of the plant – is on a boat sailing from Colombia to a little-used cove in Newfoundland, an operation organised by Peter Kerrivan, a self-styled latter-day Robin Hood. Unknown to Kerrivan, the vessel is being tracked by a US government satellite, under the authority of Royal Canadian Mounted Police investigator Harold Mitchell. And, as everyone knows, the Mounties always get their man.

It’s not quite that simple, of course. Mitchell has asked for help from a rabid anti-Communist ex-CIA thug Rudy Meyers who is putting together a Cuban reinvasion force. He has traded drugs himself and is responsible for various deaths, including that of Kevin Kelly – a crime currently under investigation by Royal Canadian Mounted Police Sergeant Theo O’Doul and DEA Special Agent Jessica Flaherty. The Canadian government is not happy that the plot was hatched in the first place. And Kerrivan’s Canadian lawyer, James Peddigrew, is concerned first and foremost with coke-snorting stewardess Marianne Larochelle.

What ensues is a sensational and complex wise-cracking drama, hilarious at times, and superbly brought to life by the very talented Steve Scherf and Maggie Scherf. The repartee is exceptional, the twists and turns bewildering. You will want and need to listen to High Crimes more than once, but this is a tour de force presentation – exactly the kind of production that is winning audiences in all parts of the globe and makes the audiobook one of the most exciting mediums of the present time.