The Blackhouse by Peter May 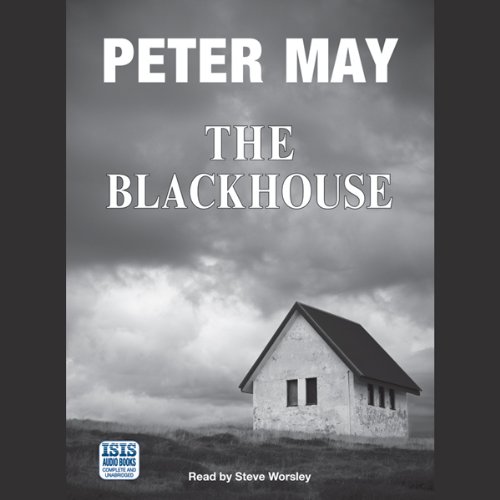 Peter May’s Lewis Trilogy has for good reason drawn praise for its enviable prose – the vivid descriptions, almost palpable atmosphere – and for its psychological and emotional depths. In The Blackhouse, May brings maturity and grandeur to the crime novel that remind us of some of the greatest of Scots storytellers. This is certainly more literature than pulp – full of dark truths that make it at the same time compelling and disturbing. And any avid reader will celebrate the added power brought to the audiobook by the narrator Steve Worsley.

It will be a rare listener who is not drawn in by the setting, the characters, the plot, the denouement. There are two murders with similar MOs – the first in Edinburgh, where former Lewis man police detective Fin Macleod is living, having recently lost his young son in a hit and run accident, a second on the Isle of Lewis, which is why Macleod is sent to investigate. His local knowledge will be invaluable, and it will take his mind off his own bereavement.

But Macleod’s return to where he grew up stirs up more than simply memories of his boyhood. There are more profound revelations, including the existence of a teenaged son, Fionnlagh, born to the girl he fell in love with when they met at primary school and who followed him to the mainland where they began at the university. Fionnlagh, like Fin before him, is set to make the treacherous annual voyage to a far-off rock in the middle of the sea to cull and bring back the gugga seabirds that are still prized as delicacies by the locals. The Blackhouse of the title is the only shelter on this awful place. When Fin made the trip, as a teenager himself, he almost lost his life after slipping on the guano-covered slopes of the island. And it is the long-incubated rivalry, envy and jealousy, having festered all the years since Finn’s distantly recalled accident, that finally reveal themselves in a dramatic climax to the novel. Only this time, Finn’s new-found son is going to pay for what ensued.