Amanda Knox, Waiting to Be Heard: A Memoir 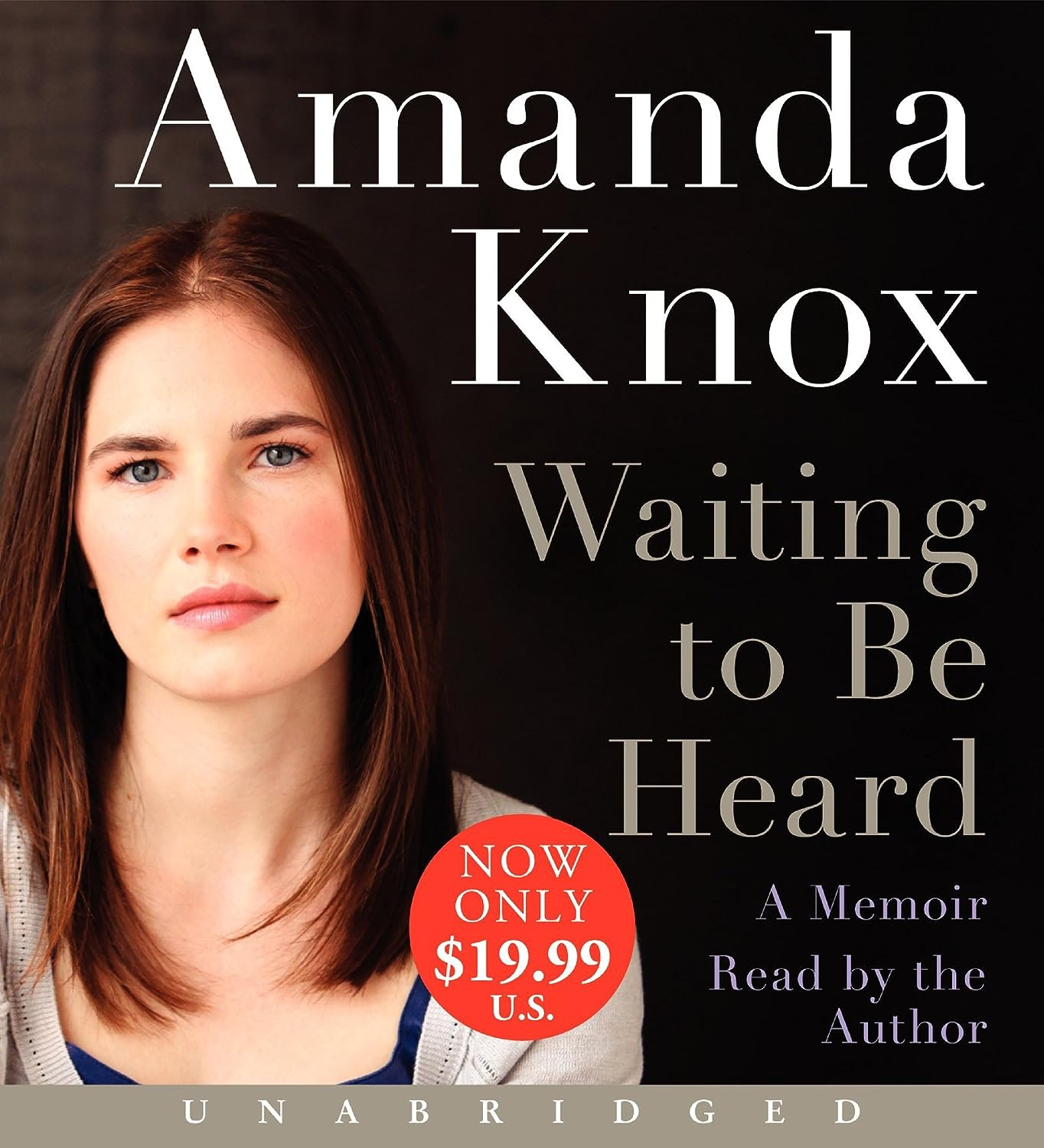 Amanda Knox’s story has been picked at by print and television almost to tedium and there can be few people who are unaware of the details of Knox’s flatmate Meredith Kercher’s brutal death, and the trial and appeals of Knox, fellow accused Raffaele Sollecito and Rudy Guede. Guede was tried separately at a fast-track trial, found guilty in October 2008 of having sexually assaulted and murdered Kercher, and is now (in 2014) apparently eligible for day-release from prison, having served over five years of his sentence. Meanwhile, Knox and Sollecito were tried and found guilty; acquitted at a second-level trial and released; found guilty once more at a retrial; and are currently waiting for a further appeal to be heard – Sollecito in an Italian prison, Knox at home in America, protesting her innocence and vowing never to allow herself to be extradited.

Knox is now a celebrity, something it is hard to believe would have been so had she not been such a young and attractive woman, with her side of the case argued for by some indefatigable and expensive American public relations people, and now her own story told for (almost) all to read in a six-figure book and audiobook deal.

The book and audiobook are not on sale in Europe, although copies can be shipped unhindered from America, presumably because lawyers for publishers HarperCollins believe that some of the comments Knox makes with regard to the Italian prosecutors and police might be deemed actionable. And, concurrent with the first retrial of Knox and Sollecito was a libel case initiated by the Italian police challenging the allegations Knox made of police brutality in her interrogations, some of which were apparently not recorded or videoed.

With so much contradictory evidence and simple mistruths circulating it is impossible to know what really happened that evening in Perugia. The fact that the interrogations and trials were conducted in Italian didn’t help matters for Knox, whose Italian almost certainly was not good enough at the time, neither does the complete foreignness of Italy’s legal system and the conviction, sometimes unspoken, that only the American legal system can give a defendant a fair trial and that all other courtrooms are inferior and worthless. A quick read of Douglas Preston’s excellent Monster of Florence certainly informs one’s view of the Italian police and judiciary, but cashless American prisoners stuck for years in the nightmare of American courts will clearly disagree with this chauvinist nonsense. The only person who could possibly shed light on the whole situation is of course Rudy Guede. But he is keeping his silence and serving out his ever-decreasing time.

Nonetheless, Amanda Knox’s own story, in her own words and narrated by her own self, is very thought-provoking. Far from revealing herself as the Devil with an angel’s face, which many newspapers (especially in the UK) would like us to believe is the true Amanda Knox, ‘Foxy Knoxy’ comes across as simply a naive and ordinary small town American twenty-year-old, who found herself out of her depth trying to grow up quickly in a foreign land with a completely alien culture to one she enjoyed back home.

Whatever Knox’s fate, her story (and that of the victim Meredith Kercher) is a salutary one which perhaps all parents might want their children to read before leaving home.


Buy Waiting to Be Heard