A Slight Trick of the Mind by Mitch Cullin

Writers’ and readers’ fascination with the supposed biography and psychology of Arthur Conan Doyle’s Sherlock Holmes appear never to flag. There is little doubt that he will be revived and reinvented, much like Dr Who (who resembles him in so many ways), for many years to come. 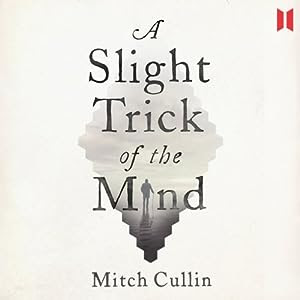 In Mitch Cullin’s version, which first appeared in 2005, Holmes is living in post-Second World War Sussex, aged 93. Dr Watson is no more and the frail detective lives in a small country house where he keeps bees, looked after by a housekeeper with a teenage son. Holmes is an unlikely enthusiast of royal jelly, and his bees provide one of the threads in a collection of storylines woven together into this rather melancholy tale.

We don’t expect superheroes to age, to lose any of their faculties. Mad magazine once ran a series of cartoon parodies, with Superman and Tarzan, among others, in old age – a poignant reflection on fantasy and reality. Holmes is in many respects a superman, with his rare intellect, scientific enthusiasm and emotional control. But in A Slight Trick of the Mind we have a more ordinary man, coming to terms with loss and with death, and thinking back on what might have been. Thinking back, indeed, once again on a woman.

There was always the one woman who appeared to disarm Holmes in the canon, and in one of the three plotlines in this book, ‘The Case of the Glass Armonicist’, Holmes gives a very Watsonian account of another woman who turns his usually stubborn head, with Simon Jones’s reading particularly fine:

‘Now with dusk creeping over the grounds, he felt at a loss. It was not meant to end so suddenly; to her, he was supposed to have been interesting, unique – a kindred spirit, perhaps. So what was that inability, that lacking in himself? Why, when it seemed every molecule within him pulled toward her, had she been quick to leave him?’

And the Armonicist strand is probably the most satisfying in A Slight Trick of the Mind, because most complete.

Try to cast aside the irritations of style. One wonders why the author goes to the trouble of imitating Conan Doyle’s prose and then sticks in something like Holmes’s ‘pair of pants’. If only Cullin’s publishers had asked a British editor to take a look so many such solecisms (and there are many) could have been removed.

The forthcoming film of A Slight Trick of the Mind, with Ian McKellen as Holmes, has no doubt prompted this reissue. Give it a listen before you see the movie – its psychological insights are great and it is in the end a very satisfying work.


Buy A Slight Trick of the Mind